This baked apple dessert has been a family favorite for generations! It’s most delicious when served warm with a scoop of vanilla ice cream, but also makes a refreshing treat when served cold. This is a simple, old fashioned recipe tastes like childhood and a simpler time. Grandma Ruby’s Apple Crisp consists of sliced apples, covered with a butter, cinnamon, and oatmeal mixture.

The easiest fastest way to slice and peel a bunch of apples is with an apple corer peeler slicer! The first one I ever had was from Pampered Chef, which was great. I have since ordered one from Amazon, which works well also. We have apple trees, so we cut up a lot of apples. My kids use this thing to cut up their apples all the time, just because it’s fun. Obviously, a knife will get the job done too. 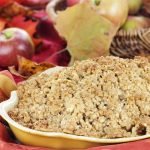 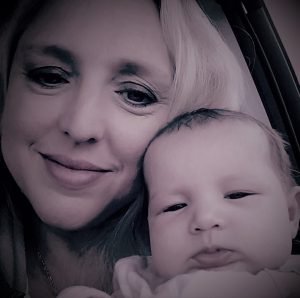